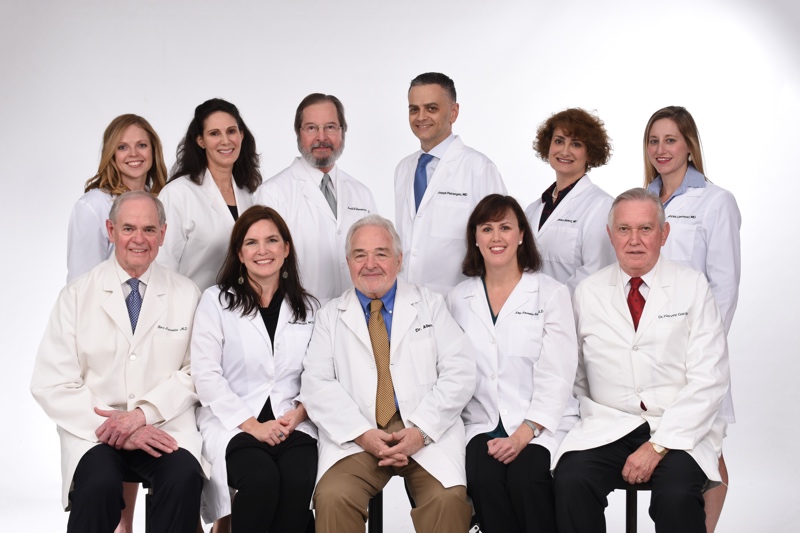 To you, it's important that you know your doctors—where they've practiced, how long, and with whom. We couldn't agree more, and we appreciate the chance to tell the story of our practice as well as ourselves.

We also want you to know where to find us and how to reach us (click here). We welcome your inquiries and look forward to building a relationship with you as a patient.

We will provide the full scope of dermatologic care as we live out the legacy of exceptional quality and compassion that was exemplified by our founding physicians.

It all began with a dramatic risk-taking decision by Dr. Rex Amonette.  While in the second year of his residency at the University of Tennessee Health Science Center in Memphis, his mentor and chairman, Dr. William Rosenberg, learned about a procedure for the treatment of skin cancer that had been developed by Dr. Frederic Mohs at the University of Wisconsin.  Dr. Perry Robins at New York University was beginning to use Mohs’s techniques; Amonette flew to New York and committed to a fellowship year with Dr. Robins.  Amonette became only the second fellowship-trained physician in the United State to practice the Mohs method.

Advancing this procedure and gaining acceptance for it in the medical community became the driving force of Amonette’s career.  Traditionalists resisted the new strategy.  To them it seemed much easier to surgically remove a cancer by cutting deep enough to get it all; if it returned, cut again.  The Mohs technique involved excising small layers of skin, preparing the specimen for frozen section microscopic examination, and continuing until no evidence of cancer.  Over time, the techniques and technology of Mohs surgery have been steadily improved and are now recognized in the medical community as the best approach to curing skin cancers.  Amonette and senior physicians at Memphis Dermatology Clinic have played a key role in demonstrating the success of Mohs surgery and in establishing a place for it in the training of dermatologist and other surgical specialists.

Growth of the Practice

The inauspicious beginning in 1972 – one doctor assisted by a nurse/technician, his wife Johnnie, and his cousin Brenda Lanier from Texas as the receptionists/secretary/office manager – quickly turned into a very busy practice.  Just four years later, Harvey Gardner completed his Mohs training with Rex and joined him as partner; in 1982, Frank Witherspoon did the same.  Lee Allen, a native Memphian, returned to the clinic where he trained after a successful career in Portland, Oregon.  In the last decade, a younger generation of physicians has energized the practice:  Drs. Gwen Beard, Robin Friedman-Musicante, Amy Amonette Huber, Courtney Woodmansee, Frances Lawhead, Emily Overholser, and Joseph Pietrangelo.

With six surgeons, two general dermatologists and a staff of approximately fifty, the clinic occupies two buildings in Midtown Memphis at the corner of Union Avenue and Kimbrough. Patients appreciate the large, comfortable waiting rooms, where they can be with their families as they await test results and completion of the surgery.  The Mohs technique requires an on-site lab for examination of freshly cut tissues.  The work of physicians, lab technicians, nurses, clerical and administrative support staff, is coordinated by Barry Birmingham, with the assistance of long time employees Brenda Powell and Rhonda Williams.  Following the retirement of Dr. Amonette’s cousin Brenda Lanier, Birmingham serves as the Executive Director of the practice.

Dr. Amonette’s achievements have been recognized with the highest honors of his profession.  After serving as president of both the national and international organizations of dermatological surgeons, he was elected President of the American Academy of Dermatology in 1995.  He was also awarded the Academy’s Gold Medal for Lifetime Accomplishment.  His wife, Johnnie Amonette, a significant partner in the work of his professional offices, has served as President of the American Medical Association Alliance and a University of Tennessee trustee.  After forty-four plus years, Dr. Amonette retired from the active practice of medicine in 2016, but does remain involved with professional organizations and Memphis Dermatology Clinic. 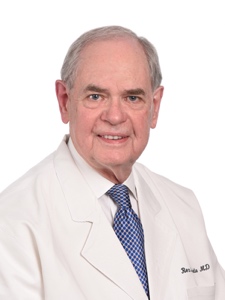 Dr. Amonette completed his medical degree at the University of Arkansas at Little Rock. After his residency at UT Memphis and fellowship at the New York University Skin and Cancer Center, he founded Memphis Dermatology Clinic in 1972. With long lists of subsequent honors and publications, and having headed local and state professional organizations, he was elected President of the American Academy of Dermatology in 1995, receiving its Gold Medal Award in 2005. The following year, he received the Frederic E. Mohs Distinguished Service Award. 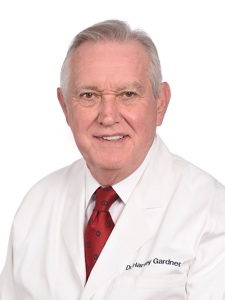 Having completed his medical degree at the University of Tennessee and two tours of duty with the US Air Force, Dr. Gardner came to Memphis Dermatology Clinic in 1976 to serve a fellowship in Mohs Micrographic Surgery. Since then, he has presided over local and state dermatological societies while continuing to practice. Dr. Gardner currently holds an assistant professorship at the University of Tennessee. 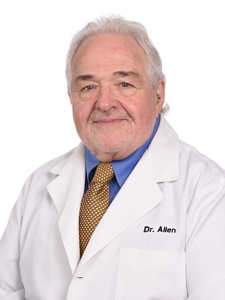 A Memphis native, Dr. Allen nonetheless took a circuitous route to Memphis Dermatology Clinic. After undergraduate studies at Purdue and Tulane Universities in the US, as well as the Universities of Vienna and Paris, he completed his medical degree at the University of Tennessee. After internship and residency in Memphis, Dr. Allen began a sixteen-year practice with Northwest Permanente Clinic in Portland, Oregon. In 1986, Dr. Allen returned to Memphis to practice with Memphis Dermatology Clinic. 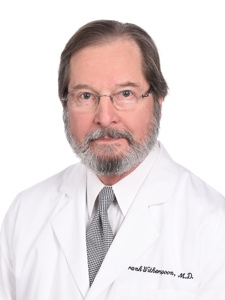 With a BA in Biology from Vanderbilt University and an MS in Biology from Middle Tennessee State University, Dr. Witherspoon received an MD degree from the University of Tennessee College of Medicine. He completed his internship at the City of Memphis Hospital, his Dermatology residency at UT Health Science Center, where he is an assistant clinical professor, and his Fellowship in Mohs Surgery with Dr. Rex Amonette. Dr. Witherspoon is a Fellow of the American Academy of Dermatology and the American College of Mohs Surgery and has practiced with Memphis Dermatology Clinic since 1982. 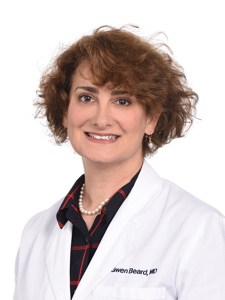 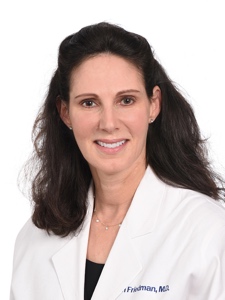 Board certified by the American Academy of Dermatology, Dr. Friedman is an Alpha Omega Alpha graduate of the University of Tennessee College of Medicine. Following residency at the University of Tennessee, Dr. Friedman completed a one-year fellowship in Mohs micrographic skin cancer surgery, dermatologic laser surgery, and cosmetic dermatology at the Methodist Hospital of the Baylor University school of medicine in Houston, Texas, under the direction of Leonard H. Goldberg, MD. Dr. Friedman-Musicante is a member of the American College of Mohs Surgery. She joined Memphis Dermatology Clinic in 2000, where she has a thriving practice and academic career. 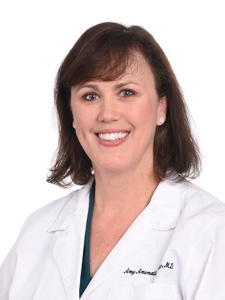 After undergraduate studies at The University of the South, Dr. Amy Huber completed her medical degree, internship, residency, and fellowship in Mohs micrographic surgery at the University of Tennessee in Memphis. She has practiced with Memphis Dermatology Clinic since 2004. Dr. Huber is board certified by the American Academy of Dermatology and is a member of the American College of Mohs Surgery. 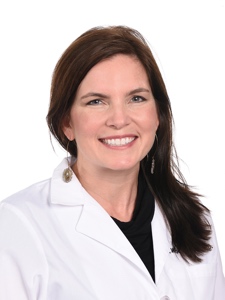 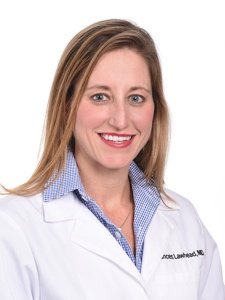 A West Tennessee native, Dr. Lawhead graduated from college at The University of Tennessee at Knoxville as a Whittle Scholar in the Honors Department. She continued her education in the College of Medicine at the UT Health Science Center in Memphis where she was named a Cannon Scholar, member of Alpha Omega Alpha, and recipient of the Robert Summit Award for outstanding academics, leadership, service, and character. Her residency in Dermatology was also completed at UTHSC. Being thus far “all Vol”, she moved to “The Swamp” to complete her fellowship in Mohs Micrographic Surgery and Procedural Dermatology at the University of Florida. Dr. Lawhead is board certified by the American Academy of Dermatology and is a member of the American College of Mohs Surgery. She enjoys running and tennis, discussing sports, and spending time with her two energetic daughters and husband. 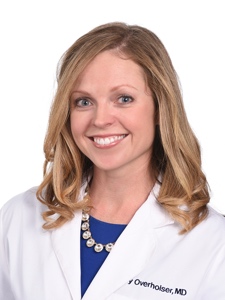 After completing her undergraduate studies at the University of Florida, Dr. Overholser joined the Seminole nation for her medical training at Florida State University. She came to UT Memphis for her internship and residency in dermatology. She and her husband love Memphis and decided to settle here. Dr. Overholser became a diplomate of the American Academy of Dermatology in August 2014, at which time she joined Memphis Dermatology Clinic. She is a member of Alpha Omega Alpha, Gold Humanism Honor Society, and the American Academies of Dermatology and Dermatologic Surgery. Dr. Overholser and her husband have two daughters. 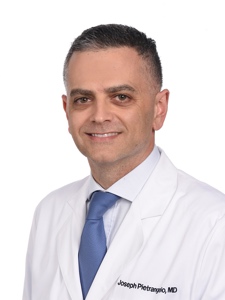 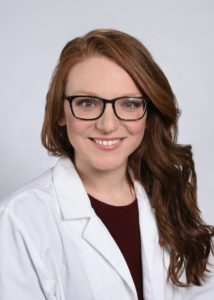 As a life long Memphian, Dr. Chantara is happy to be practicing dermatology in her hometown.  After obtaining her bachelor’s degree at UT Knoxville, Dr. Chantara then completed medical school, internship, and her dermatology residency at the University of Tennessee in Memphis, where she also served as chief resident in her final year.  In 2020, Dr. Chantara joined Memphis Dermatology Clinic as a general dermatologist. Her professional interests include medical and surgical dermatology. She enjoys seeing patients of all ages with a wide range of dermatologic conditions. In her free time, Dr. Chantara can be found enjoying the great outdoors, occasionally traveling to national parks, and often spending time with her family. 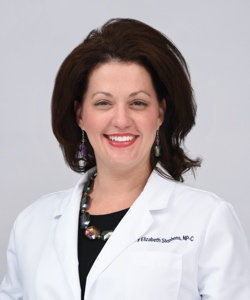 A Columbus, Mississippi, native, Mrs. Stephens attended the Mississippi University for Women and earned a Bachelor of Arts in Psychology in 2001. After working in the behavioral health field as an Assistant Director in an emergency shelter for children and also a non-profit organization, she pursued a career in nursing and obtained her license as a registered nurse from Itawamba Community College. After working at the North Mississippi Medical Center and Memphis Dermatology Clinic, she returned to school and completed her Bachelor of Science in Nursing from the Mississippi University for Women in 2016 and earned a Masters of Nursing at University of Mississippi Medical Center in 2018. Her scholastic honors include Phi Theta Kappa Honors Society 2008, Who’s Who Honors Society 2008, Dedicated Education Unit selection 2009, and Rookie of the Year Nomination North Mississippi Medical Center 2010. Mrs. Stephens has a collection of hobbies which include spending time with her husband and their three children, painting, jewelry making, metal work, and repurposing. 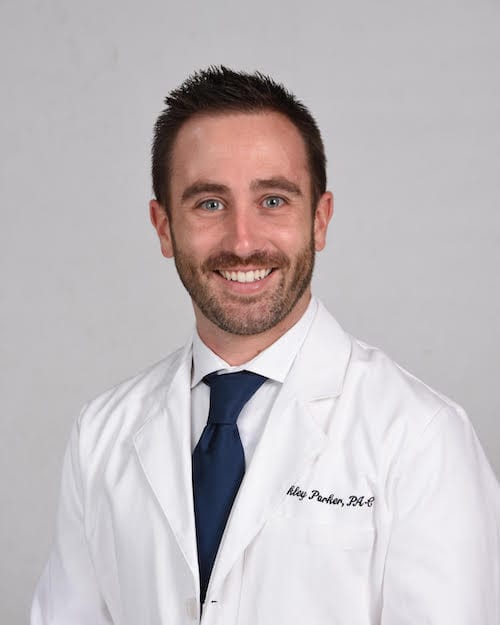 A native of Jackson, Tennessee, Mr. Parker attended Union University and graduated with a Bachelor of Science in Biology.  He continued his education at Bethel University where he received a Master of Physician Assistant Studies in 2015.  Buckley began his dermatology training and practice in his hometown.  A member of the American Academy of Physician Assistants and the Society of Dermatology Physician Assistants, Buckley is excited to move his practice and family to the community he learned to love as a patient at St. Jude Children’s Research Hospital.  He looks at this as an opportunity to give back to the community that has given him so much. Outside of his practice Buckley is an avid outdoorsman.

We offer a wide variety of dermatological services. Explore our services page for more details.